Chabahar Free Zone CEO in his meeting with Ambassador of India said:

Chabahar is the safest, closest and cheapest route to regional markets 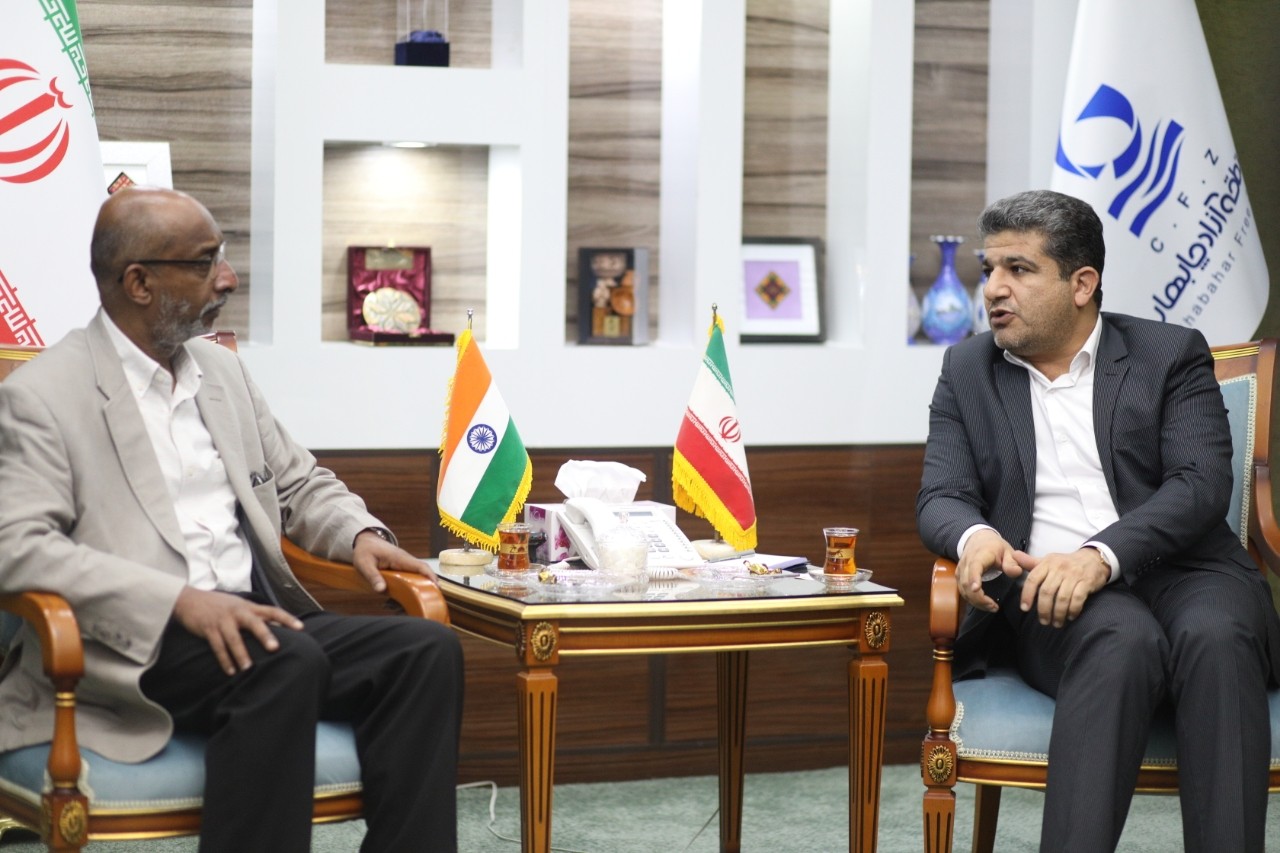 CEO of Chabahar Free Zone said the trilateral agreement between Iran, India, and Afghanistan is a milestone in the history of these countries, and in this agreement, Chabahar is counted as the safest, cheapest and closest access route to regional markets.

According to the Public Relations and International Affairs of the Chabahar Free Zone, during the meeting between Abdul Rahim Kurdi, the CEO of this organization and Ambassador Dharmendra, Ambassador of India to Iran, Kurdi emphasized on the concessions, capacities and achievements of the trilateral economic agreement between Iran, India and Afghanistan and announced that the strategic location of Chabahar, its potential, access to regional markets and our efforts have paved the way for future joint economic activities between the two countries.
He continued: As we have gone through previous hardships, we continue with our efforts to resolve today's hardships.
In regard to the establishing a tripartite agreement between the countries of Afghanistan and Iran, and India, Kurdi added: "We witnessed a turning point in the history of the relations between these countries."
He said that Chabahar is the safest, closest and cheapest way to access regional markets, saying that these characteristics have never been taken away, and such capacities and privileges have been the reason for the development of Chabahar infrastructure and we are now witnessing the development of the Chabahar port, which is a really significant work.
CEO of Chabahar Free Zone, while referring to the presence of the industries and activities in the area, stated that the foundations of various industries, such as petrochemicals and other small and medium-sized industries represent the growth of economic and production activities in the Chabahar Free Zone.
He added that food packaging and processing industries based in the free zone, such as rice, tea, along with the presence of small and large manufacturing industries, and the help of neighboring countries and friends and domestic and foreign investors, were highly supportive in dealing with economic sanctions.
Kurdi emphasized the effects of the trilateral agreement: for a country like India, this agreement does not merely mean access to Afghanistan.
He stressed that the agreement would make India more accessible to the CIS countries like Russia and European countries.
During this visit, the progress observer of Chabahar, Ambassador Gaddam Dharmendra, Ambassador of India to Iran, expressed satisfaction and fondness with his trip to Chabahar, said during with today's visit to the underdevelopment Shahid Beheshti port and witnessing the economic activities of this region as well as joint cooperation of the IPGL company and Chabahar port, he has become aware of the development process of Chabahar from up-close.
He continued, considering the appropriate infrastructure provided in the Chabahar Free Zone, what is needed now for the presence of investors and activities of companies is a solid relationship between the two countries.
Gaddam Dharmendra added: "What we and we are talking about today are the common grounds that the two sides are aware of its importance."
With a continued emphasis on the strategic position of Chabahar, he said that it is an important link between the countries of the region.
The Indian ambassador to Iran, while referring to the prospects of a tripartite agreement, said countries always face challenges, but what I see today, along with the commitment of both Iran and India, is a better tomorrow for mutual relations and joint partnerships.