Chabahar; city for all seasons 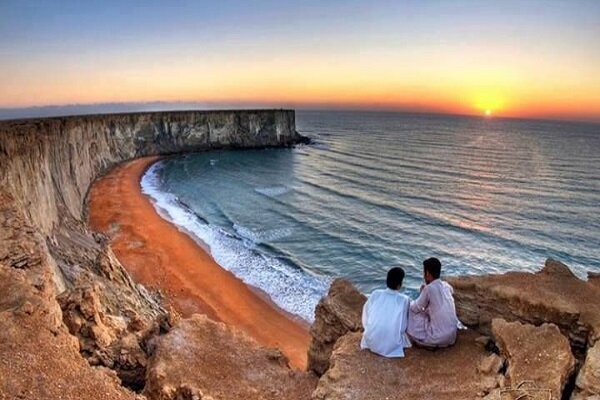 Located in the southeast of Iran, Chabahar is one of the few areas of the country that is full of inimitable and unique natural and historical attractions.

Iran's southernmost city, Chabahar, with an area of about 17,155 square kilometres, is located on the Makran Coast of the Sistan and Baluchestan province.

It is bordered by Bampour, Rask and Sarbaz in the north, the Oman Sea in the south, Pakistan in the east and Jask and Minab ports in the west.

Chabahar is one of the seven free-trade zones of Iran and it is the only ocean port of the country in the vicinity of the Gulf of Oman and the Indian Ocean.

The proximity of the Chabahar Free Zone to the sea and the Tropic of Cancer, and being located in the way of the monsoon winds of the Indian subcontinent and tropical winds have resulted in a temperate tropical climate with relative humidity.

This region is the hottest spot in the country in winter and the coldest southern port of Iran in summer.

In general, the Chabahar climate has the least changes in the four seasons of the year and the humidity rises only in two months of the year (May and June).

The name Chabahar is a shortened form of Chahar Bahar. Chahar Bahar is made of the Persian words Chahar, meaning four; and bahar meaning spring. Hence, it means a place where all four seasons of the year are springtime.

Sistan and Baluchestan province, like any other province, has a special culture and customs that shape the identity of the people of that region. This province is known as one of the largest provinces in Iran and its proximity to Iran's eastern neighbours has led to the formation of special and different customs and traditions in this region.

A majority of Chabahar's people are Baluch and speak Baluchi and Jadgali languages.

The people of Chabahar perform their special rituals at all feasts and mourning ceremonies.

They have beautiful music that is familiar to every Iranian. Folk music and songs of the people of Sistan and Baluchestan have a special elegance. Baluch folk songs are mostly sung at weddings, especially Eid al-Fitr.

Another issue that attracts human attention when entering Sistan and Baluchestan is the variety of colours in clothing.

Chabahar like other cities has its own local foods that Fish and Date are the main ingredients of them. Saffron Pulao, Khorak-e Khorma, Shrimp Karahi, Kank, Batumash, Shududeh, Batuhavari, Mashing, Pakginmahuk, Korek, Galuhak, Narvash, Kish and Dalag are the famous foods of Chabahar that you can try in Baluch restaurant. Here we introduce 3 famous dishes of Chabahar:

This food, which originates from the neighbouring country, Pakistan, is very popular among the people of Chabahar today. To prepare this food, different nuts such as pistachios and almonds, red meat or chicken and of course saffron and rice are used.

Due to the location and climate of Chabahar, dates have become one of the main ingredients of the foods of the people of this region. 'Khorak-e Khorma' is a combination of dates, bread, rice and legumes that has many properties.

One of the most famous seafood dishes of Chabahar is shrimp karahi.

Local bread is the most famous souvenirs of Chabahar, for example, Suzani, Brocade, Tiny bread, Gachari bread, Tanuri bread, Nomad’s bread and cornbread that you can buy them from the Bazaars of the city. Indian spices are also famous there. 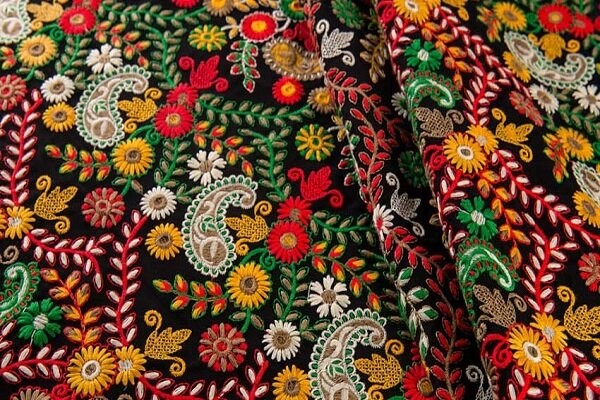 Needle-work is one of the most distinguishable arts of Baluchi women. In this art, by the use of colourful strings, the entire cloth is decorated with harmonious and well-ordered stitcheries.

Coin-embroidery is also called Balouchi-embroidery. On occasions, the embroidered cloth is decorated with small coins. Such embroidery is called coin-embroidery which is used for decorating and ornamenting the clothes, dresses, table-cloth and even curtains and is considered as one of the finest tokens and souvenirs to fetch from these regions.

Chabahar port is one of the tourist attractions of Iran with its beautiful sights such as Martian Mountains, Lipar wetland, Gwadar Bay, Mud volcano and the shores of the Oman Sea attracts many tourists every year. It also has commercial importance due to its free-trade zone status.

On the shore of this port, you will see one of the most beautiful sunsets and sunrises, and its carved coastal cliffs give you a spectacular view. It is one of the most prosperous free zones and among its attractions, you can see the best scenery in the world. 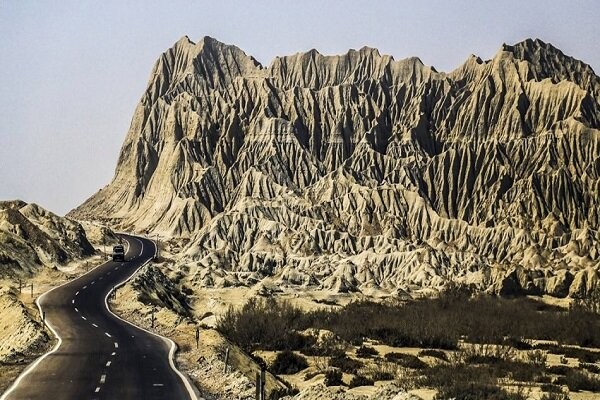 The Martian Mountains are one of Iran's most well-known touristic attractions that are located 50 kilometres from Chabahar. The mountains vary from 5 meters to 100 meters Ones and have unusual white and grey colours creating beautiful scenes at night. The phenomenon, however, prevents the growth of plants in the region.

Martian Mountains of Chabahar, also known as Miniature Mountains, are located between the Beris Strait and Gwadar Bay. Because of their particular sedimentation and erosion, these mountains have formed similar to the rugged surface of Mars. Calcareous sediments of the remains of marine organisms (crustaceans and fish), along with sand and clay, are the main constituents of these mountains. 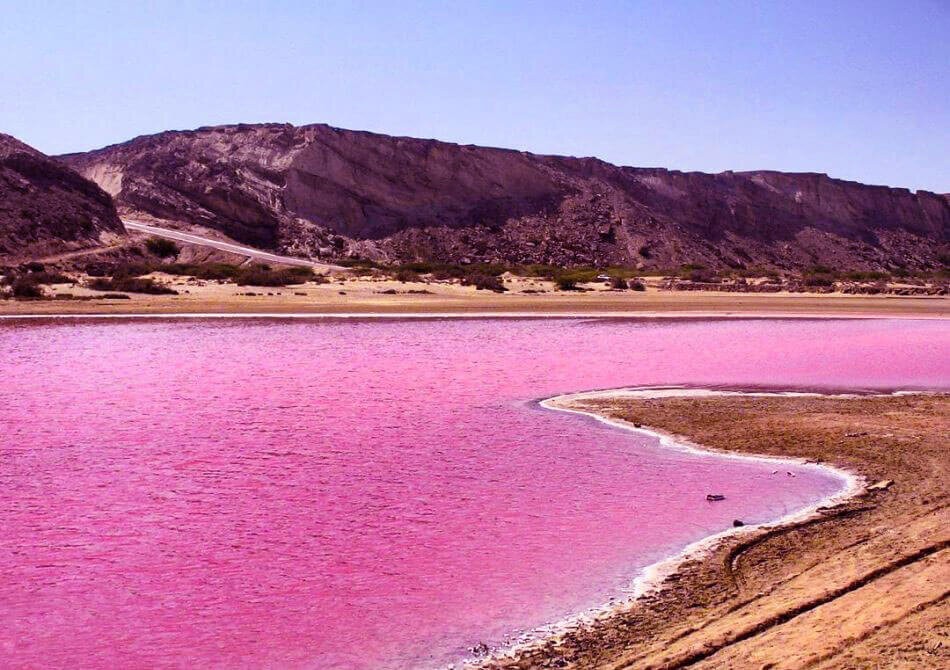 Located just 200 meters from the northern edge of the Sea of Oman and south of a namesake village in Chabahar, the pink wetland of Lipar is one of the alluring natural attractions of the area where those who are fond of the marine environment can catch a glimpse of beautiful scenery.

What stands out about the wetland, which sits on the edge of Lipar’s seasonal lagoon 20 kilometres to the east of Chabahar, is its water which looks pink. This body of water which is 10 hectares in the area accounts for 90 percent of herbal planktons in the region and is home to a large number of species, flora and fauna. 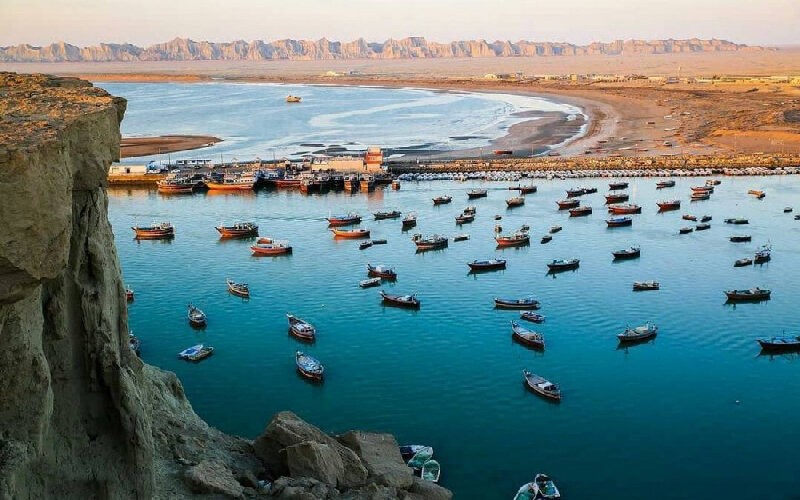 Gowatr Bay is part of Chabahar's tourist attractions that you can enjoy while visiting Chabahar. It is located in the Gulf of Oman on the maritime border of Pakistan and Iran. It is about 30 kilometres (20 mi) long and 16 kilometres (10 mi) wide. The Dashtiari River flows into it from the northwest and the Dasht River from the northeast. 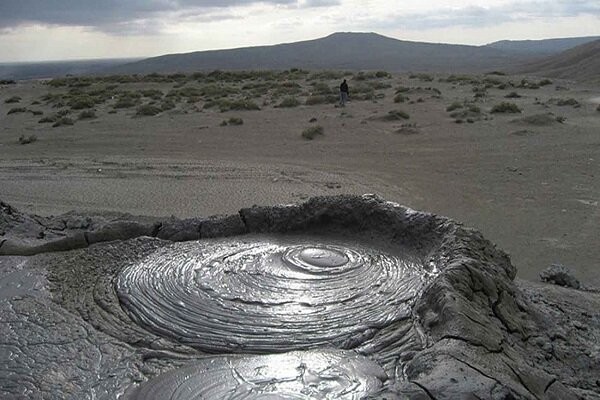 Gel Afshan Mud Volcano in Chabahar are a stunning, rare and exquisite natural geological attraction that has the potential and advantages of becoming a world monument as the second geo-park in the Middle East.

There is a conoid mud volcano mountain in the north of Kahir-Tonog Road (southern part of Kahir-Zarabad Road) in Sistan and Baluchestan which is the greatest and most famous active mud volcano mountain in Iran. These mud volcanoes are located 95 kilometres from the west of Kenarak and Kahir Plain before Tonog Village on flat land and include three small mud volcanoes, one of which looks like a volcano that is active at the moment. The rest of them became inactive several years ago.

On top of these hills, there are openings and grey mud continuously comes out of the one that is active at the moment and it flows down the skirts. The periodicity of this rare and beautiful phenomenon is about ten to fifteen minutes which is accompanied by soil vibration. At times even sounds like the firing of a bullet is heard when the mud comes out. 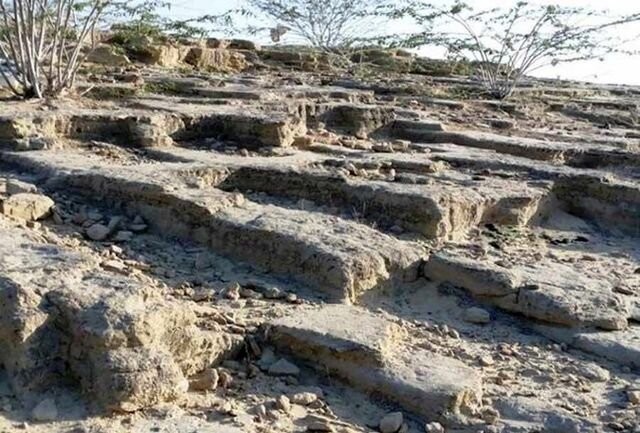 The cemetery is located in the village of Tis and dates back to 2500 years ago. This mysterious and silent cemetery has strange gravestones and local people believe that these graves are not for humans. According to people's beliefs of the village, these graves belong to the jinns, and they buried their dead in these graves; at night, the jinn comes to this cemetery and mourn at the graves of their dead. 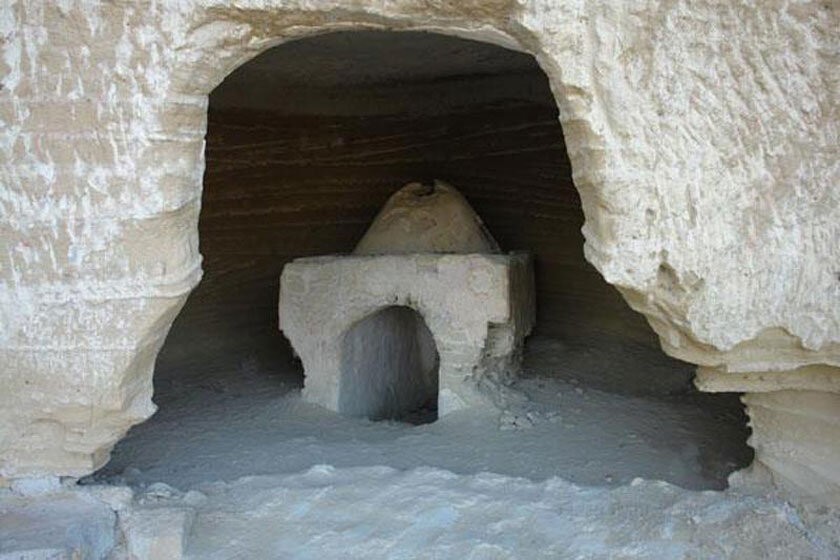 The ancient village of Tis is near Chabahar County in Sistan and Baluchestan Province and is 9 kilometres from the North West of Chabahar. This unique village has interesting attractions and one of them is the tripled caves on the skirt of Shahbazband Mountain.

There are two artificial caves and one natural cave in the skirt of Shahbazband Mountain, about 25 meters higher than ground level and local people call them “Ban Masiti”. “Ban” means a righteous and theist and pious man in the Baluchi language and “Masiti” means a temple. There are lines and symbols in red and purple on three walls around the dome that are more similar to Gujarati and Indian scripts.

Although you can travel to Chabahar in all four seasons of the year, the best season to visit Chabahar is November to mid-March. The temperature in Chabahar is 19° C in winter and 31° C in Summer.